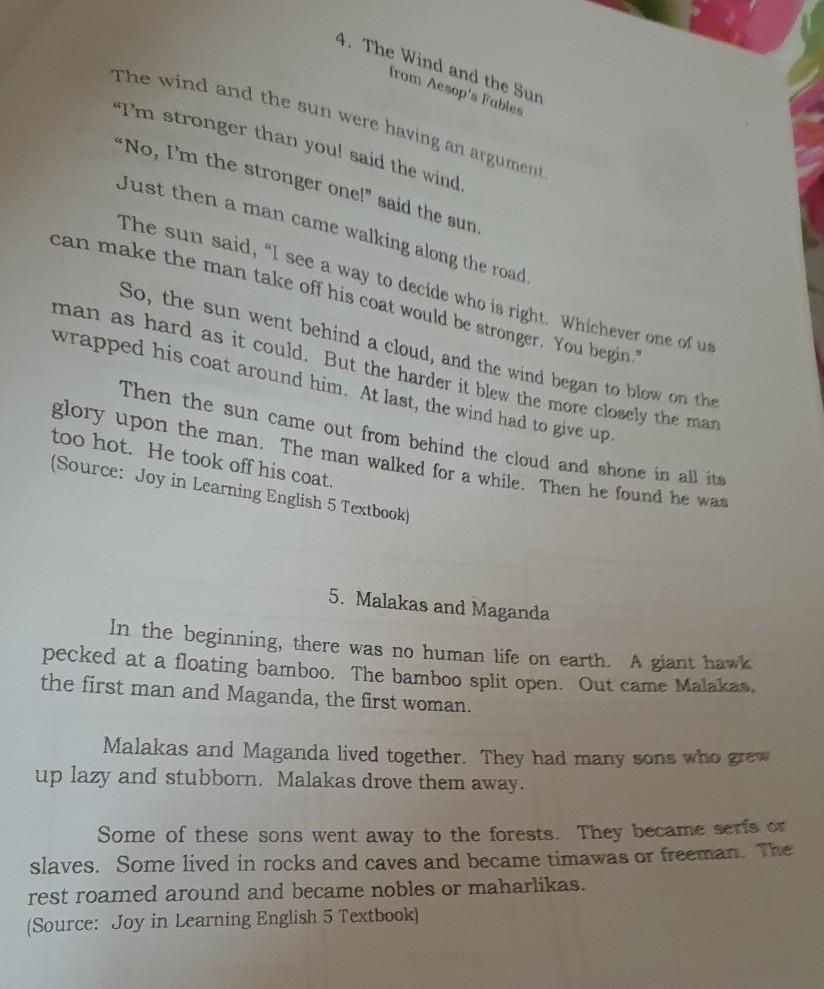 The Wind and the Sun

Maddened by the chaos caused by the bird the sky threw rocks at the sea for the bird to rest. … The bird was so angry it pecked at the stick splitting it in half. From the first half sprang a man and the other, a woman. Thus were the birth of Malakas (Strength) and Maganda (Beauty), the first man and woman.